We all want to deal with viral postings that can get anywhere on the internet and that explore our notoriety. That very post that we make in the evening and then we go to bed and next morning when we wake up – chaos. Mails, notifications, texts from family members that tell you that you became famous overnight. But are these viral postings a thing that can happen overnight? 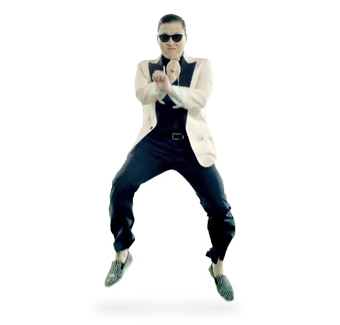 You’ve clearly heard of him. You’re probably going to criticize me for binging up one of the most viral posts from recent history that says that “Gangnam Style” is the first video in the history of YouTube that exceeded 1 milliard views. Actually, the whole internet was full of posts regarding Psy’s accomplishment.

Why did we choose Psy – Gangnam Style for an article about viral postings?

We’ve already made an initial point for choosing Gangnam Style, being the first video in the world that reached 1 milliard views on YouTube and then the first one that reached 2 milliard. According to Wikipedia, at least. There have been very many posts, discussions and even prophecies. You can either agree or disagree with this song, but the impact it had is not negotiable. And here are some further reasons why we chose Gangnam Style as study case:

How did Gangnam style become such a success?

First of all, one of the least known things is that the success of Gangnam style is mostly due to the partnership between Psy and Scooter Braun, Justin Bieber’s manager. This should be the first clue that a viral post is not quite a coincidence.

Now we’re going to get to practically see how Psy transformed Gangnam Style into one of the most viral moments from the history of the internet. The recipe that can be applied to your business as well. The numbers and terms change but the concept remains.

The execution of the campaign was based a lot on the pre-launching campaign.

Maintaining the public’s interest was a necessary move, in order to transform a possibly viral video into and international phenomenon.

The end of the campaign was thought of slowly and efficiently, by assuring a lot of partnerships with various well-known record labels and a couple of international tours.

Now that we’ve seen the evolution of this international phenomenon known under the name of Gangnam Style, do you still believe that viral posts happen due to luck?

Is there any conclusion required from our side? Basically, this is what the recipe of a successful viral post looks like. What’s there to keep in mind after this internet marketing lesson?

From all these steps, which one do you consider to be the most important for the success of a viral post? We are awaiting for your reply in the comments’ section.

5 plug-ins for the optimization of images in WordPress